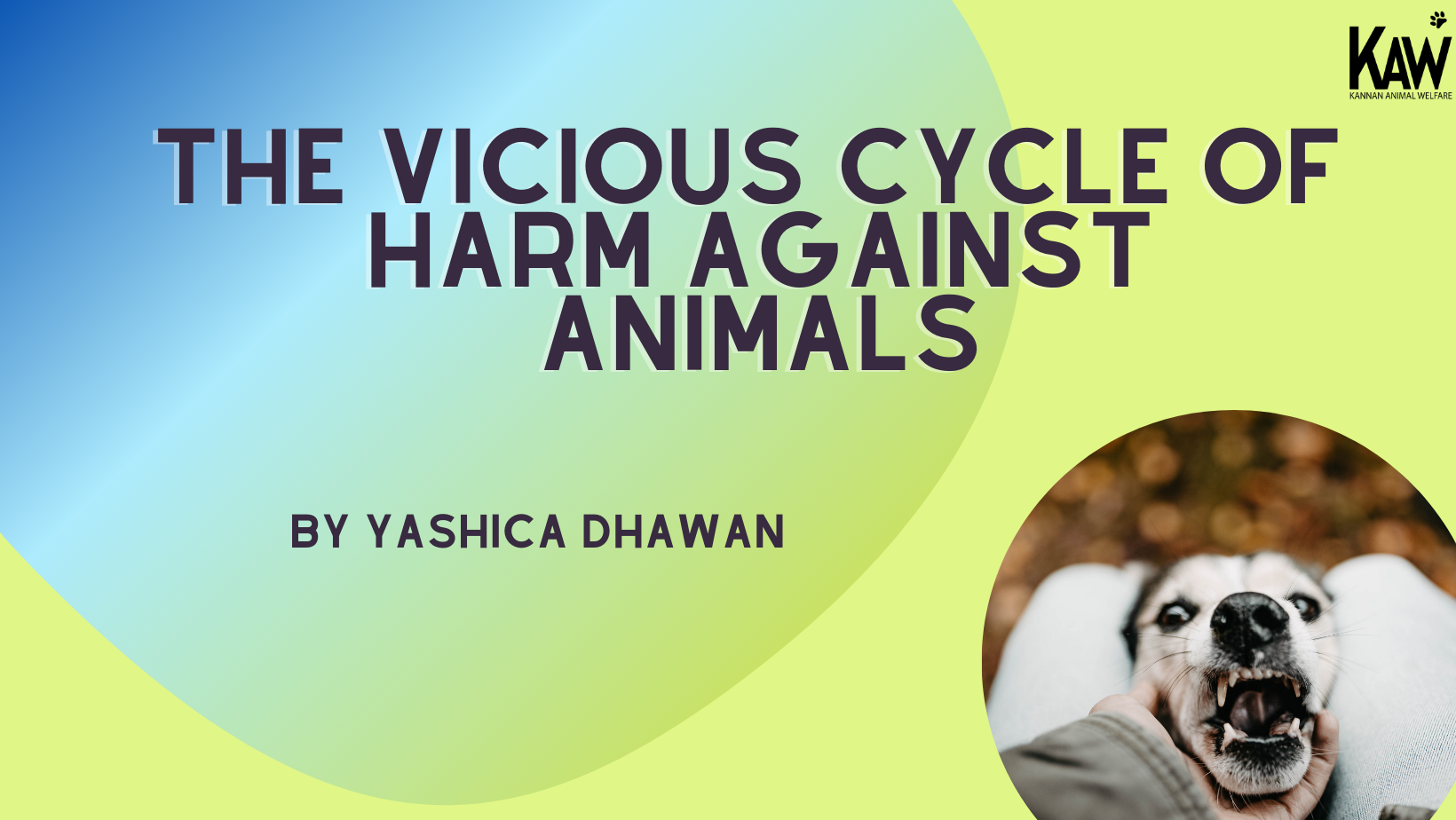 THE VISCIOUS CYCLE OF HARM AGAINST ANIMALS

For those aware of the various ways that animals suffer at the hands of people throughout the world, this pervasive cruelty is the most crucial social justice issue. The pain humans inflict on animals used for food, clothing, study, 'pets,' and entertainment seems to contain no bounds. The terrible ways we force animals to succumb to our wishes appear limited only by the scope of our imaginations.
According to the United Nations, the number of industrial cattle sent to slaughter yearly equals eight times the world's human population. There has not been a period in the past when so many animals have died or endured so much suffering during their lives.
A vast majority of animal welfare organizations spend time, money, and effort trying to draught new rules and regulations to address the many different concerns surrounding animal cruelty while attempting to force the industry to follow those already in place.

Factory farming boosts output to unrealistically high levels. Increased output has disastrous environmental consequences. Animal misery and maltreatment are primarily caused by factory farming. These quiet victims have become meat, milk, and egg-producing machines. These are sentient beings who want to live, yet we deprive them of that desire. Unlike small-scale farmers, corporate farms frequently fail to provide their animals with the most basic care. They have a reputation for putting far too many animals into far too small spaces.

The interior resembles something which seems quite horrible. From the moment they are born, animals are transformed into machines that produce meat at the cost of terrible pain. Pigs are kept in such small cages that they can't even turn around, as depicted in this photograph. The industry considers this to be standard and acceptable.

Those born with the poorest immune systems are more likely to die without access to veterinary care. Their brief, anonymous existence frequently leads them to the garbage can. These animals are never provided with the opportunity to experience even the tiniest act of compassion.

They will never have the opportunity to meet their mothers. Only the severity of humans in the food industry will make them feel safe and cared for. A chick is vaccinated before being taken to the fattening farm in this photo. Every year, millions of others like it suffer the same agony.

Temperature extremes are prevalent on farms. They suffer as a result of the harsh conditions in which they dwell. Animals are incapable of surviving in such a hostile environment. A duck from the meat industry has collapsed and cannot stand in this photograph.

The dairy business is responsible for one of the most vicious production cycles: mother cows are artificially inseminated, removed from their calves at birth, and stolen the milk for their young. They have been inseminated again after they stop producing milk. As a result, the cycle repeats itself. Their male children will be slaughtered for veal shortly after birth, while the females will become the next generation of dairy cows subjected to this heinous practice.